For farmed fish, a new type of food is on the menu: concentrated protein feed from bacteria, yeast or algae. 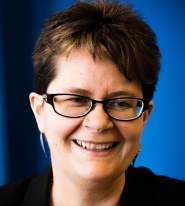 The percentage of plant protein in feed for farmed fish has rocketed in recent times, and is fast approaching 100 per cent.

The natural food for carnivorous fish is other fish. As a result, making plant feed digestible for farmed fish is considered a major breakthrough. In the long term, this could mean that we do not have to use valuable wild fish in fish feed. But to feed fish with plant feed, like soya or beans, is not without problems.

Plants contain a lot of carbohydrates, fibre and starch – and the carnivorous fish are not quite able to exploit these ingredients.

Still, the biggest challenge with plant feed is that it contains "Anti-nutrients", explained Professor Margareth Øverland. These are substances that may influence growth, feed conversion and health in fish. They may harm the digestive system and bind the minerals in the plant feed in such a way that the bone structure and skeleton in the fish become too soft. Also, these substances may give the feed a bitter taste, making it unpalatable for the fish.

Øverland and her team of aquaculture researchers found that by treating the plant feed with heat and pressure, in addition to adding high-quality protein feed from bacteria, yeast or algae, the negative effects of plant feed could be reduced considerably.

This research on microbial protein sources means that we eventually may be able to reserve valuable  food plants, such as soya and beans, for humans.

"We have shown that we can feed fish with fishmeal-free  feed by using an optimal combination of plant proteins. How sustainable is it to continue feeding farmed fish with food that human beings may need, such as fish and soya, in a world with an ever growing population?  In the future, fish feed should primarily be based on raw materials that are not also food for human beings – and we have discovered that microorganisms such as bacteria and yeast are very promising feed resources," said Øverland.

So, you are looking at using ingredients that under no circumstances are food for human beings?

"Yes, that is correct. We had an interesting research project here last winter where one group of fish was fed with high quality fishmeal and other groups with different types of yeast. The fish that were fed yeast grew well and exploited the protein very well, so this has a lot of potential."

"We can produce these from natural gass or biogas and easily transform them into high-quality protein. The bacterium is sterile and its protein content resembles fishmeal a lot. It has an equally high percentage of protein and fat and works really well as an alternative to fish raw material."

"No, it really is the most natural thing in the world. Remember, we use  bacteria in food for human beings as well, in yoghurt for instance – and bacteria taste really nice and work well in fish feed. The fish grows, and what is exciting about bacteria is that these contain certain useful components that have proved to improve fish health."

Where do you obtain the bacteria you use in the feed?

"We use a type of bacteria called Methylococcus capsulatus that is able to exploit the gas methane as a source of energy.  We grow the bacteria on natural gas, add ammonia and some minerals and create high quality protein feed for fish."

Can you use normal bread yeast to feed salmon?

"Strictly speaking, yes. But we have worked with other types of yeast  which give better results than normal baking yeast.  These are types of yeast which can exploit biomass from the forest or from farming."

From tree to filet

Where does this yeast come from?

"You can grow it on different forms of nutritional substrates such as milk products.  Eventually, we will be able to grow it on biomass from forest – for instance on spruce trees.  The starting point is a timber log cut into wood chips which are transformed into fermentable sugar with enzymes. It is this sugar yeast grows on."

So you can actually feed farmed fish with wood chips?

"Actually, you can. This is also a very interesting value chain, I like to call the concept: «From tree to filet».

"The third project we have worked with is microalgae. This is also exciting, because the starting point is sunlight and CO2  for growing algae. Then we get a biomass that can be used in fish feed, and the advantage here is that it contains the important omega 3-fatty acids the fish are so dependent on.  We have shown that feed made from algae is interesting and effective, but there are major variations between the different types of algae.  Here we have to introduce a process to optimise algae in order for it to be suitable as fish feed.

"The advantages with these types of feed are primarily that such feed ingredients are available in large quantities, that they are cheap and that, with new technology, we are able to use them to feed farmed fish."

Øverland presented the sensational results during the annual conference of The American Association for the Advancement of Science, (AAAS) in Boston February. This is the organization which, among other things, publishes the renowned magazine Science - a magazine that has more than a million readers.

At the conference, Øverland gave a presentation on this research. This was followed by a press conference where she and two other scientists, who all gave talks under the headline «Realizing Jacques Cousteau’s Vision of Aqua-Farming Replacing Hunting of the Sea», participated.

"The talk went well, the audience was very interested in our research and raised many good questions about the use of microbial ingredients in fish feed. After the press conference I was interviewed by journalists from a wide range of print media such as Science magazine, Seattle Times, Toronto Times, and newspapers in Canada, Sweden and elsewhere, in addition to doing radio interviews with  radio stations from Alaska and Australia. This was great marketing for UMB and our aquaculture-research and may open new possibilities for international collaboration."