How did the Fukushima nuclear disaster affect sealife outside Japan? UMBs Deborah Oughton was recently interviewed about seafood safety and public perception after the disaster.

"Oceanus - The Magazine that Explores the Oceans in Depth" recently did a story on seafood safety and policy after the Fukushima disaster.

The question it asked was: In Japan, a nation that eats prodigious amounts of seafood, one question sits high on the list of public concerns:

Is seafood caught after the Fukushima nuclear catastrophe safe for human consumption?

Professor Deborah Oughton, an environmental chemist and ethicist at the Norwegian University of Life Sciences (UMB), explained why the Japanese government’s decision to lower acceptable radiation limits in fish may have actually heightened consumer fears instead of dampening them.

Public perception of these issues "comes down to more than becquerels and sieverts. It is a very complex issue," she said.

She related how, when faced with high radioisotope concentrations in reindeer meat as a result of the Chernobyl accident, the Norwegian government decided to raise acceptable limits from 600 to 6,000 becquerels per kilogram.

The move was made, she explained, to protect the livelihood of the minority Sami population that depends on reindeer herding for its survival.

Weighed into the judgment, she added, was the issue of dose: The hazard involves not only how high the levels are in meat, but how much you eat—and Norwegians rarely eat reindeer meat more than once or twice a year. The decision had no impact on sales of reindeer meat. 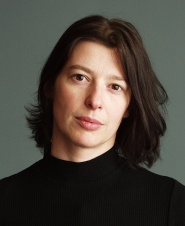