"Over the last ten years, we have managed to reduce the fish flour percentage of fish feed down towards ten per cent. We have especially worked to introduce plant protein as an alternative to fishmeal without  hampering the growth, feed conversioan and the health of farmed fish," Margareth Överland recently told her local newspaper.

From fish flour to peas and soybeans

Överland is the director of The Aquaculture Protein Centre (APC), based at the Norwegian University of Life Sciences (UMB), which was among the initial 13 Norwegian Centres of Excellence (CoE) established in 2002-2003 by The Research Council of Norway.

After ten years, its activities as a CoE centre are now drawing to a close, but the important objective for APC, which set out to make sure lack of protein sources should not prevent growth in the Norwegian salmon industry, has been reached.

Formerly salmon feed was based on fishmeal, which is a limited resource.  Today salmon eat peas, soybeans and rapeseed, in addition to yeast fungi. The researchers have continuously searched for new fish feed ingredients, including bacteria, algae and animal biproducts. 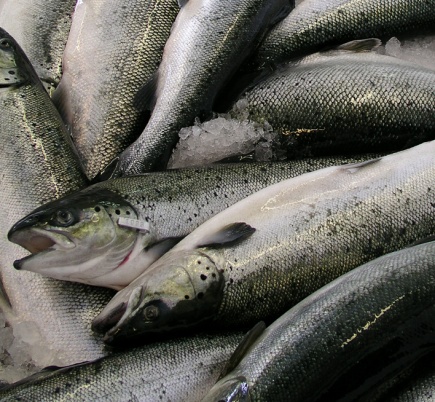 "There has really been a need for this kind of knowledge for a global, and rapidly growing, industry challenged by issues like sustainability. For UMB's part we have been very happy to have hosted APC. It has been very important for UMB to have APC  here. Most of all from the scientific point of view, but also for relevance: This is a big and growing industry in Norway and one of the areas where there are obvious synergies in the upcoming merger between UMB and The Norwegian School of Veterinary Science (NVH), Hans Fredrik Hoen, rector of UMB, said at APC's recent closing seminar.

The Research Council of Norway has more on how APC has led the international effort to make aquaculture more sustainable here.