Give UMB a burl

Jason Hart came from a booming metropolis in Australia to UMB for a semester in Environmental economics. Read his observations on the studies, student life at Ås, on Norway, Australia and what he has gained from the experience.

Give umb a burl

What would make you move 16,000 kilometers from home? Some may go for love and others for money. A few might pack their bags in the name of education coupled with the opportunity to experience the Norwegian coast.

Jason Hart, a 23-year-old exchange student from The University of Western Australia in Perth, Australia, did just this. His undergraduate major is in Environmental Economics and he came to UMB for the fall 2008 semester to expand his environmental and economical horizons. According to his university’s bilateral agreement with UMB, he was able to “pick and choose”
whatever he wanted to study. 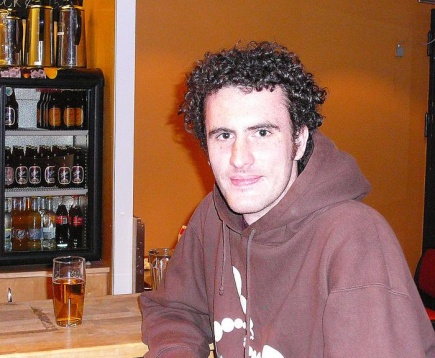 “I have learned a few things,” Hart said over beer in a glass at UMB’s Club Klubben. “I study environmental economics, which is kind of a new field and it is still being sorted out. In a few of my courses, I am finding ideas that you just don’t have back home.”
He said that he has been introduced to studies and practices that he can directly link to the land down under.

“In fact, I am doing a course on linking the ecological and social resilience and we [Australia] actually have a lot systems that have a lot of resilience because the society is not properly interacting with the environment,” Hart said. “We used my hometown as a case study. I had never thought of it in that respect. I always knew that I had a problem and think it worked really well.”

He said that he has also been exposed to subjects that he had never heard of before.
“If you said something like ‘Institutional Economics’ and ‘Agroecology’ at my university, people would look at you with a cocked head,” Hart said, “ They would have no idea what you are talking about.”

Norway and beyond
Hart is sad that he will only be spending one semester at UMB. It is his first study abroad and he is quickly learning that he wants – he needs – more time.

“I would rather have stayed for a year,” Hart said. “One semester is just too short. You get to know people and then you leave. Everyone has been quite conscious of that.”
He said that living with and learning about the international students is a main reason he wants to extend his stay. 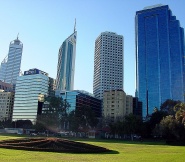 “It is just having so many people from so many countries all together in one spot,” Hart said. “It changes your perception. I always thought that I was culturally aware, but when you are in your hometown you have the hometown advantage and everyone else is kind of a novelty. Whereas, I am the novelty and everyone else is the novelty. It gives you a really different perspective and a more open mind.”

He said that there is one major difference between the international students and the natives.
“We [the internationals] are mostly only here for one semester,” Hart said, “The internationals are trying to get the most out of it. The Norwegians, well, this [school] is just a part of their lives.”

However, living so closely with so many people in the Pentagon, UMB’s student housing, has taught him, Norwegians and other internationals a thing or two about the world, he said.

“In fact, we still haven’t got bored of seeing how we do different things in different countries,” Hart said. “I thought that we would have gotten over that in a month or two.”
And Hart isn’t going to get over this learning experience anytime soon.

“I know people in most corners of the world now so when I travel around I have a place to stay,” Hart said. “I know someone who can show me the country and all its different things. It is so much better than being a tourist.”

Friends and fun
What do you do when you when you move from a booming metropolis in a country that is full of sun and temperatures that don’t often dip below 8 degrees Celsius to a small university town where the sun begins to set at 15:30 in the winter? According to Hart, you join a club and see where the trains take you. 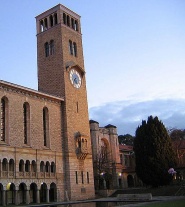 “I am a member of the International Student Union (ISU),” Hart said. “It has been quite fine. I went to a meeting and now I am organizing parties and trips.”

Events have included everything from coaxing a handful of international students to sitting around and enjoying beers or coffee, celebrating Halloween with a movie night, hosting international dinner parties and trekking through the Artic Circle.

“Mostly it is just hanging out,” Hart said. “But I traveled north to Tromso with a few French students and a couple of Spaniards. This week I am headed to Bergen with a bunch of Germans.”
He said that in addition to the ISU, living in the Pentagon has also spawned spontaneous adventures.

“It [the Pentagon] is good because it is a lot of people crammed in living together,” Hart said. “You are always seeing people and always doing stuff. However, people do keep to themselves. I can bring people home at 3 in the morning, play music, and everything is fine.”

It is this environment that has kept Hart from being too homesick.
“It sucks not having your family and friends, but at the same time I think it almost a good thing,” Hart said. “You have to make new friends and new support groups. That has been no problem at all. All the people here are in the same situation.”

This Hart considers just another unique lesson UMB has to offer.
“Other people should do this,” Hart said. “It is a really good choice.”


[PHOTO MISSING]
The author, Lauren Krizansky, is an exchange student from Madison Area Technical College in Madison, Wisconsin, USA. She is studying Agroecology and various agricultural and environmental studies at UMB. She has worked as a journalist, in public relations, and as a technical writer in southern Colorado and Wisconsin. Contact her with story ideas and comments at kashmir1542@yahoo.com