A major step towards better wheat

A new research breakthrough will help increase food security worldwide by enabling us to develop more robust and better wheat varieties in the years ahead.

A major step towards better wheat 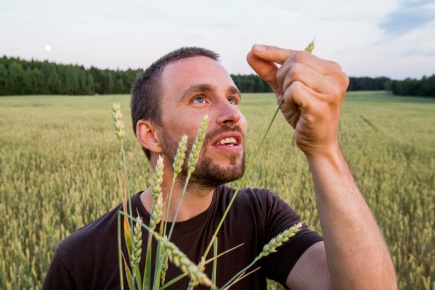 After years of research efforts worldwide, researchers have finally identified a draft sequence of the bread wheat genome - an accomplishment that will lead to more robust and better wheat varieties in the years ahead.

“It is only when we know the wheat DNA - when we have sequenced the wheat genome - that we are able to cultivate new wheat varieties in a more efficient manner,” Professor Odd-Arne Olsen, head of the genome research team at The Norwegian University of Life Sciences (NMBU), explained.

The wheat genome is the largest and most complex genome of all the grains, and efforts to identify it has been considerably more difficult than, for example, rice and corn.

“To put it in perspective, the wheat genome is six times larger than the human genome,” said Olsen.

The reason for the large size of the genome of bread wheat is in how the species originated. Bread wheat was a result of two natural hybridizations, i.e. different species crossed with each other. This means that the bread wheat actually consists of DNA from three different species and therefore a triple set of chromosomes (21 instead of 7).

“This has made mapping the DNA extra complicated. We have had to develop methods that allow us to separate DNA from three different sets of genetic material,” said Olsen.

For a long time, Norwegian wheat was of too poor quality to be used as baking flour, but this was slowly but surely changed through the systematic work of Norwegian wheat researchers. New varieties were developed and cultivation techniques improved. In the best years in the 90's as much as 80 per cent of Norwegian wheat could be used for baking.

New challenges
The resistance of growth damage and properties of gluten proteins have been improved through research over several years. Unfortunately, during the last few years climate conditions have led to a dramatic decline in Norwegian wheat quality. 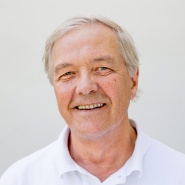 “The object of wheat research is to ensure that new knowledge about genetics can be used to  enable more effective breeding of new wheat varieties that can withstand more extreme weather conditions, such as more droughts and more precipitation. It also aims to develop wheat varieties with better baking quality and high nutritional quality,” said Odd-Arne Olsen.

Now, with a chromosome-based full sequence in hand, plant breeders will have high quality tools at their disposal to accelerate breeding programs and to identify how genes control complex traits such as yield, grain quality, disease, pest resistance, or abiotic stress tolerance. They will be able to produce a new generation of wheat varieties with higher yields and improved sustainability to meet the demands of a growing world population in a changing environment.

All five articles concern the mapping of wheat DNA. Researchers from Asia, North America and Europe have contributed to the revolutionary work resulting in a genetic blueprint of the bread wheat genome through the International Wheat Genome Sequencing Consortium (IWGSC). The aim of the IWGSC research collaboration is to generate a freely available bread wheat genome.

The publishing hat trick for NMBU in Science helps to reinforce what major advance this research is for the world's future food production. 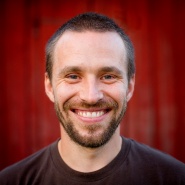 The wheat genome consists of 21 chromosomes and researchers at NMBU have been responsible for sequencing one of these, chromosome 7B. Olsen has led this project, and researcher Simen Rød Sandve is one of five NMBU researchers in the project.

“To sequence the chromosome 7B has been painstaking work that has been going on for years. Ironically, the DNA sequence of chromosome 7B and the remaining 20 wheat chromosomes have little value in itself. It is not until one identifies genes and understands how these genes are expressed in plant properties that genome sequences are really valuable,” said Simen Rød Sandve.

Important for developing countries
“ In developing countries our research results can lead to the ability to develop wheat varieties that are specially adapted to different climates. The way forward is to actively exploit the genetic information in the breeding process,” said Rød Sandve.

One of the most important applications will be to identify genetic markers for disease resistance and transfer resistant genes between refining material and new wheat varieties. 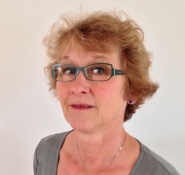 Idun Christie is the CEO of Graminor.

“For our users, who are Norwegian farmers, this research means that they in the future can develop disease resistant wheat varieties, which has better performance and are better adapted to the climate. For us in Graminor this research means that we, with new methods, will get a more efficient way to refine all wheat species. This means both higher accuracy and a more efficient use of time,” said Christie.

She also emphasizes that collaboration with research firm provides the opportunity to build skills and networks and to participate in the rapid technological development in the field.

Read the articles in Science

In August NMBU organizes a seminar on the great leap in Norwegian wheat research.