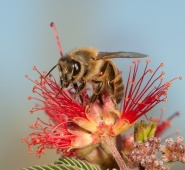 Honey bees are the most effective pollinators of many agricultural crops and vitally important to food production.

Honey bee health is a topic of considerable concern due to massive deaths of bee colonies in the USA and Europe. Recently, the European Union reacted by promising more resources for honey bee research, estimating European pollination to an economic value of EUR 22 billion.

"Detailed studies on the molecules that keep bees healthy are extremely important to the food industry as well as the global provision of food," said dr. Heli Havukainen, who defended her PhD thesis at the Norwegian University of Life Sciences (UMB) on November 25. Her study of honey bees is a collaboration between UMB and the University of Bergen (UiB), Norway.

More protein = better health and longer life
One of these molecules is a protein called vitellogenin. "Simply put, the more vitellogenin in bees, the longer they live. Vitellogenin also guides bees to do different social tasks, such caregiving or foraging. It also supports the immune function and is an antioxidant that promotes stress resistance. In my research, I set out to find out how this molecule is shaped and how it behaves on a nano-scale. This provides us with more knowledge about how vitellogenin is good for honey bees," Havukainen said.

Like a freight train
Under the supervision of Professor Gro Amdam (UMB and Arizona State University) and Associate Professor Øyvind Halskau (UiB), Havukainen discovered that vitellogenin can be described as a freight train consisting of a locomotive and a carriage. The protein carries fat as its cargo, which it picks up in the bees' belly-fat cells - the main station. The vitellogenin "train" travels in the bee’s blood and delivers the fat cargo at different local stops or stations. 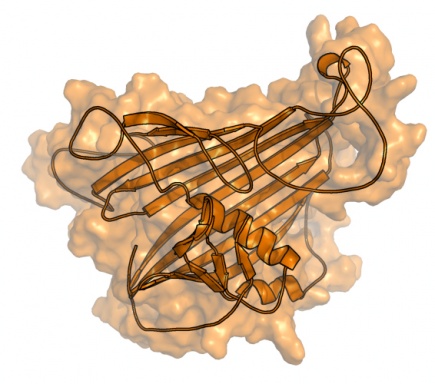 Illustrasjon av 'lokomotivet' i proteinet vitellogenin. Photo: Heli Havukainen
Prior to this study, scientists believed vitellogenin to be one entity, like a cargo ship, unable to separate from its cargo. Therefore, Havukainen's new discovery is a big step forward for research that aims to keep bees healthy and long lived.

"We figured out that vitellogenin can drop its fat cargo as a reaction to changing chemical conditions.
How this "drop" occurs and which factor makes the locomotive move and leave its cargo are important questions in the protein world, and probably equally important to the bee," Havukainen said.

What's up with the train hitch?
The research group believes that the separation of vitellogenin in two parts is a key to understanding how the protein works. They are now in search of the factor that breaks the fragile connection, or the train hitch of the protein, and lets the locomotive go.

"My discovery is that vitellogenin is not one entity. It consists of two functional parts. Now, I want to stop the separation process, so the locomotive and fat cargo are always together. This will help us figure out why the locomotive sometimes ditches its cargo and travels around on its own, and what the consequences are for the bees. This way, we can learn how vitellogenin affects social behaviour, immunity and stress resistance, and ultimately global food production and provision, Havukainen said. 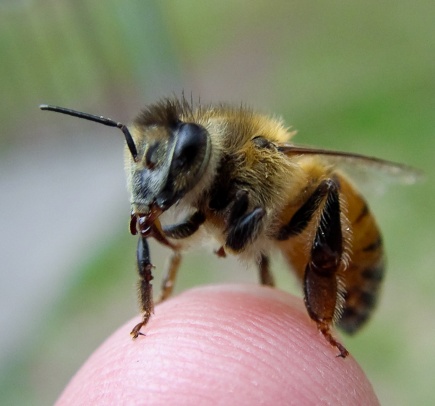