Malaria is the single most important cause of ill health, death and poverty in sub-Saharan Africa. It is estimated that there are as many as 300 million acute cases worldwide each year, resulting in one million deaths.

Ninety percent of these deaths occur in sub-Saharan Africa, and most of victims are children aged less than five years. The disease is a major obstacle to social-economic development in Africa.

Current malaria mosquito control is mainly based on chemical interventions, such as insecticides impregnated bednets and indoor residual spraying

Malaria control is challenging because Plasmodium parasites are becoming resistant to widely available, affordable and safe first line treatments such as chloroquine and fansidar; the mosquito vector, Anopheles, is increasingly becoming resistant to insecticides. As a result insecticide resistance to the available insecticides is becoming a real threat to sustained malaria control and elimination. In addition many countries in Africa lack the necessary infrastructure and resources to manage and control the disease.

An important responsibility of the research community is, therefore, to explore and identify new active insecticidal compounds for use in vector-borne disease control. The objective of this project is to identify and study traditionally used botanical insecticides and repellents with potential for development of vector control compounds for sustainable malaria control. We will document traditional knowledge on plants used to kill and repel mosquitoes in local communities in the Congo Rainforest 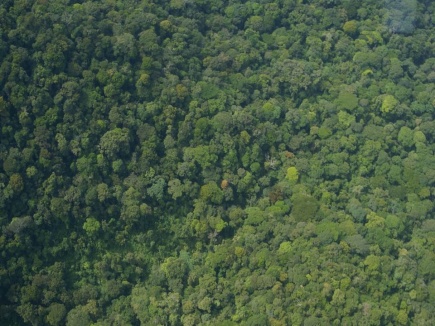 . We will continue our investigations of insecticidal activity and repellent effect of the tree species Zanthoxylum heitzii against mosquito vectors – a work that commenced in 2011 through financial support by FUGE. Further, we will investigate the ecology, spatial distribution, and chemical composition of Z. heitzii. The anticipated applicability of the findings of this project will potentially lead to new insecticides and repellents for vector control in malaria, dengue, and other vector borne diseases. Further, documentation of traditional ethnobotanical knowledge is crucial before such knowledge becomes lost. Knowledge of the natural resource base of potentially commercially interesting harvestable plant species is of importance for development of natural resource management strategies.

By securing the natural resource base locally, drawing on human capital and initiatives in communities, and achieving sustainable and effective malaria control, the findings of this project may contribute to promoting employment opportunities, local business, and improved community health.

Relevance
The current application requests continued support from the Research Councile of Norway (RCN)to develop botanical insecticides for malaria mosquito control. This proposal is an outcome of the project malaria control in Africa using plant extracts - Project establishment support supported by FUGE-Bioprospektering (#209508/S10). Based on this research we have successfully identified new compounds in the target plant, Zanthoxylum heitzii, from Congo and determined insecticidal effects of those compounds (submitted to Plant Management Science. The proposed project is relevant to the FUGE program by strengthening national collaboration and improving Norwegian research capacity on malaria, medical entomology, chemistry, and sustainable development. The project’s main focus is basic research in biology, one of FUGEs three thematic areas, but is also linked to medical research, another priority area of FUGE. We will also study the natural resource base and conservation status of specific plant species of interest for malaria control, thereby addressing the third of FUGEs thematic areas. With new support we will continue and expand this work by strengthening the bilateral collaboration with the Republic of Congo (Marien Ngouabi University), and also initiate a new collaboration with Institut de Recherche de Developpement (IRD), MIVEGEC group, Montpellier, France.

Objectives
Primary objective
Investigate traditionally used botanical insecticides and repellents in the Republic of Congo for the development of vector control compounds for sustainable malaria control.

Specific objectives
1. Identify and document traditional use of plants used as insecticides and repellents in the Congo by ethnobotanical investigations.
2. Determine insecticidal and repellent activity against Anopheles gambiae and Aedes aegypti adults and larvae of bark, leaves, seeds, and root bark of Zanthoxylum heitzii.
3. Determine the chemical composition of fractions and constituents of Z. heitzii plant parts.
4. Assess ecological requirements and geographical distribution of Z. heitzii in the Congo.