This research group works on characterising climate loads on buildings and further climate adjustements of building constructions. The researchers focus particularly on the loads of snow, wind and humidity.

The main function for a building is to be a screen between the indoor and outdoor climate. Such a climate screen must be dimensioned for a number of climate loads. These are wind, snow, rain, temperature and sunrays. These are the main loads that breaks down a building over time. Damages due to wind are the most frequent climate related type of damage on buildings. The microclimate around a building varies very much over short distances. Likewise, driving rain and snowloads vary a lot over a facade. The research group at NMBU/IMT works on characterizing climate loads on buildings and further climate adjustments of building constructions. The focus is particularly on snow loads, wind and driving rain.

As the demands of isolation of walls increase, the temperature relations on the surface as well as the conditions for fungal growth will change. The water vapor diffusion will also be affected and leads to modified humidity relations in the construction. New, untested building constructions, for example massiv wooden constructions i various dimensions, should be considered in relation to humidity and heat transfer.

Figure 1a) displays temperature and humidity relations on one single wooden wall in Mo i Rana. Figure 1b) shows the number of hours of potential fungal growth on the same wall. Both figures are simulations, based on measurements of outdoor and indoor climate. 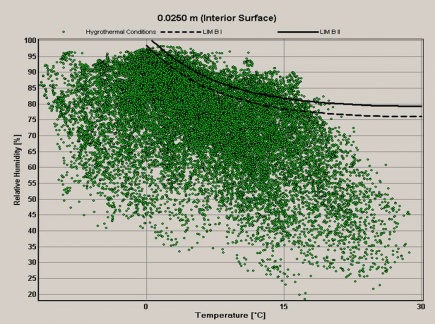 Figure 1 a) Temperature and humidity conditions on a wooden wall in Mo i Rana. Photo: 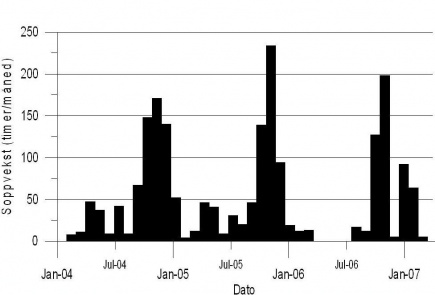 Figure 1b) Potential fungal growth (hours/months) on the wall. Photo:

2. Rain and wind strain on facades
One of the most important parameters for the lifetime of a facade is climate exposure. Bricks are a common building material that may be particularly affected by frost and moisture. A brick will soak up moisture because the material is porous. If brick moist when water freezes, it encounters stresses in the material that will eventually lead to cracks. Annually, there are approximately 70 freeze / thaw cycles in Oslo and it is expected that climate change will cause the number of freeze / thaw cycles to increase. An important prerequisite for the tensions to arise is that the water content of the brick is above a certain threshold. Water is supplied to the facade by driving rain stress. The amount of rain that hit the façade varies widely depending on wind direction and air flow around the building. 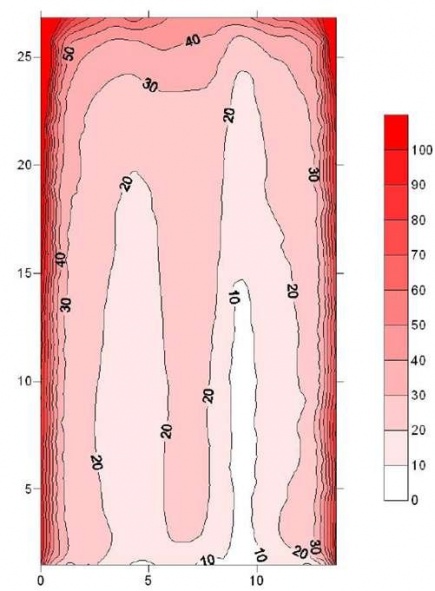 Figure 2 a) Lashing rain stress on a north-oriented facade in Oslo (mm/year). Photo: 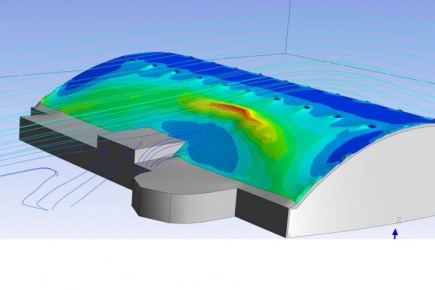 
4. Wind climate around buildings is particularly important in areas with high-rise buildings. The buildings can affect the wind so the climate on the ground can be experienced as unpleasant thus making areas unsuitable for the use for which they are intended. Researhers at NMBU / IMT have carried out analyses of climate conditions and comfort around buildings. Figure 4 shows the wind speed around a city block. 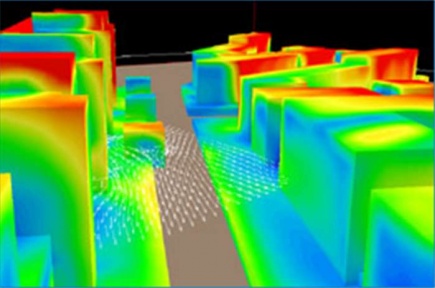 Figure 4. Wind climate around buildings. Red colour indicates high wind speed, blue colour indicates lower wind speed. Photo: Thiis
5 Documentation of the real condition of a building is performed by using a thermal camera and density measuring equipment. These are now being used in new ways in the construction industry. Areas of the country that have been considered little affected by wind may appear to have had less focus on air density, and this can have serious consequences when building technique, placement of buildings in the landscape and climate impacts are changed. 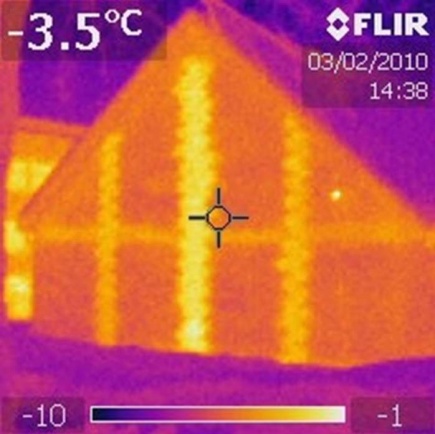