Here you can find titles and abstracts for the workshop Causation in Physics - Temporality, Modality and Reduction. You can also find information about travel, accommodation and the PhD course. 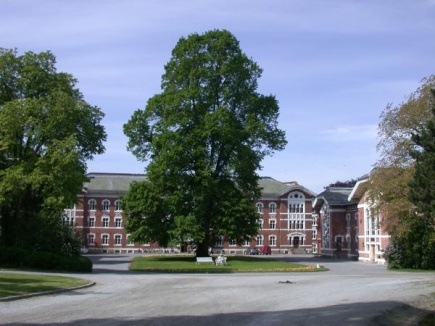 Registration is open and free of charge. There are no available slots in the program for submitting abstract. Contact sigurd.tonnessen@uit.no to sign up for the workshop.

Carl Hoefer
On Causal Explanations of Inertia in General Relativity

Mauro Dorato
The Overcoming of Causal Explanation in Scientific Revolution

Elias Saiden Nunez
Processes and Holism in Physics: A perspective for re-thinking emergence

Allen Stairs
Spooky Action at a Distance? A Skeptical Perspective

Fredrik Andersen
Towards a Unified Metaphysical Framework for Physics

Stephen Mumford and Rani Lill Anjum
Getting Chances from Powers

Conference map over hotel, train stations and restaurants in Oslo.

Travel from the airport to the hotel: From Gardermoen Airport there is an airport train that takes about 20 minutes to Oslo Central Station. Some of the trains go to Nationalteatret, which is closer to the Rica Holberg Hotel. The train costs 170 NOK and must be bought before you get on the train. There are also regular NSB trains, but they are slower and the price is almost the same. If you travel to Rygge or Torp, there will be airport busses to Oslo.

Travel to and from UMB, Ås:

How to get to UMB at Ås from Oslo: You can easily walk from the Rica Holberg Hotel to Nationalteatret train station in 15 minutes, but leave enough time to buy a Kupongkort at the station for the train, bus and tram. You can buy this in the kiosk at the train station or in the ticket office. The trains leave from Nationalteatret train station towards Moss at 43 past every hour, and from Oslo Central Station 48 past every hour, normally from track 9 or 10. We should catch the 08:43 train to get to Ås in time for the workshop. The train takes less than 30 minutes from Oslo to Ås. UMB campus is a short walk from Ås train station.

How to get to the University: The university is a short walk from the train station. A map for walking is found here. One can also get the bus 906 towards Dyrløkke and get off at the stop called Universitetet i Ås. The bus leaves 22 past every hour from Ås train station. See the UMB campus map. The museum is number 39 on the map and is by the lake in the old part of campus.

How to get to Oslo Airport Gardermoen from UMB: If you are travelling straight from the symposium to the airport, there is an airport bus that goes from Korsegården (by E6) 37 minutes past every hour in the afternoon and evening. You can pay on the bus with card, and Korsegården is the last stop before Oslo Airport.

How to get to Rygge Airport from UMB: If some of you are travelling to Rygge Airport straight from the symposium, there is an airport bus from Korsegården (by E6). (For other departures, choose a date on the calendar, click 'finn bussavganger' and choose your flight to see which bus you need to get.)

There are no hotels at Ås, so we suggest staying in Oslo. The speakers will be staying at Rica Holberg Hotel, but there are plenty of hotels in Oslo. Check out booking.com or hotell.no to find the best deal. Make sure your hotel is not too far from either Oslo Central Station (Jernbanetorget) or Nationalteatret station.

The course is 5 days in total (approx. 40 hours), plus preparations.

Students are expected to follow all three days of the CauPhy workshop as well as the two course days. The first day of the course there will be a couple of introductory lectures to prepare the students for the topics of the workshop. The final day will be reserved for discussion and preparation of the essay writing. The work-load of the essay is estimated to 3 full weeks and will be evaluated accordingly.

Participation at all days of the course and workshop, plus essay writing, amounts to 10 credits.

There will be no credits given if these requirements are not met.

An essay must be handed in no later than 15 October (6-8000 words or about 15 pages). The topic of the essay must be related to one of the central themes of theworkshop, such as causation, dispositions, philosophy of physics, time and/or space, reductionism, causal realism or modality. If possible, relate your essay to your own research.

NB: It is possible to use other relevant literature for the essay instead, as long as the reading list is approximately 5-600 pages.

The course will be given in English. There is no course fee, but the participants must cover their own expenses (travel, accommodation, food). Registration is open for as long as there are available spaces to sigurd.tonnessen@uit.no.

The course is organised by CauSci and UMB School of Economics and Business. 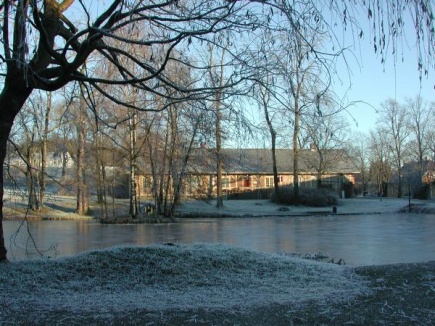