CauSci is a 4-year interdisciplinary research project, funded by the Norwegian Research Council (NFR) and hosted by the School of Economics and Business at the Norwegian University of Life Sciences (NMBU). It ended January 2015. 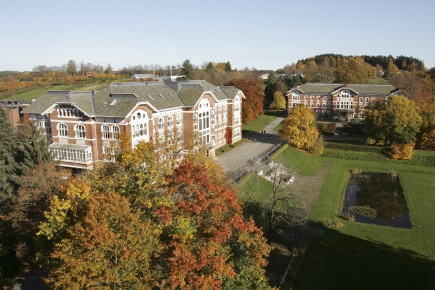 Causation in Science
An interdisciplinary Study of Causal Processes

Causation is one of the key concepts employed in the sciences. In our attempt to understand and influence the world around us, one of the main things we need to know is what causes what. Once we understand the causal connections, we are in a position to explain what has gone before, predict what will come in the future, and intervene to produce the outcomes we require. While scientists deal with the concrete details, it is philosophers who consider in the abstract what it is for one thing to cause another. The aim of this project is to bring together that abstract philosophical approach to causation with a more concrete understanding of the work actually undertaken by the practitioners of the sciences.

The project is based on a dispositional theory of causation, in which a cause is understood as something that disposes towards an effect. A further key theme for causation comes from that this theory, namely reductionism versus holism in the sciences. Many philosophers have been attracted to a reductive view of nature in which everything is to be explained ultimately in terms of sub-atomic particles. But is there any evidence for the success of reductionism in the sciences or is the view a mere philosophers’ fancy? It appears, on the contrary, that many sciences are premised on holistic phenomena that cannot be reduced to the sum of their parts: at certain levels of nature, new causal powers emerge that cannot be explained at relatively lower levels. Nature is stratified.

The project aims to test the existing dispositional theory of causation against four key sciences in which the issues of causation, emergentism and reduction are central: physics, biology, psychology and the social sciences. While the theory aims to offer new insights that explain practice within these sciences, the theory in return will gain a more empirically informed grounding. National and international experts in these four fields have been recruited as collaborators to the project.

Method
The methodological basis of the project is that philosophy should not dictate to science and nor should science dictate to philosophy. While these two disciplines have the same subject matter - understanding the world - they aim to answer very different questions. What can be achieved, however, is a reflective equilibrium: a unified view of causation that is both philosophically and empirically satisfactory. It is all well and good for philosophers to decide a priori what would make a good theory of causation, but what use is that if scientists are dealing with something else? By considering both the abstract and the concrete together in unison, an account can emerge that is both philosophically and empirically adequate and complete.

Four central sciences have been selected against which to test and improve the causal dispositionalist hypothesis. The approach will be to apply the theory to some of the key problems within that science. It will be taken as a sign of success for the theory if it is able to solve those problems or at the very least offer some illumination of them. The sciences are selected on the basis of their centrality but also their diversity. Theories of causation are sometimes criticised on the basis that they explain only causation in physics, for instance, but with no indication of how they could apply to biological, social or mental causation. The four sciences selected therefore cover some of the most important divisions across human thinking: matter, life, mind and society.

Physics
The concepts of causation and reductionism are controversial in modern physics. On the one hand, there is a view expressed by Bertrand Russell, and currently revived by Huw Price and others, that causation should have no place within an informed objective description of the world. On the other hand, many of the key notions employed by modern physics are characterised in dispositional terms, such as spin, charge, mass and radioactive decay. This project will therefore consider whether dispositionalism allows us to retain causation within physics. The question is especially pressing because physics is often presented by philosophers as the key, fundamental science to which all other sciences are supposed to reduce or at least related.

There are a number of challenges that physics would raise for realism about causation. First, causation is typically depicted as an asymmetrical phenomenon, with causes determining effects and not vice versa. Physics, however, employs equations that are symmetrical and thus can be read either way round. Can these differences be reconciled? Second, there are unresolved issues around the simultaneity of cause and effect. The EPR experiment, for instance, has been suggested by some as demonstrating that there can be simultaneous causation at a distance. Such causal non-locality, if it really is the case, would count against the spatial contiguity that Hume thought conceptually central to causation. Relativity theory, however, seems to imply that there cannot be simultaneity of cause and effect. If they are spatially distinct events, there is no sense in which they are simultaneous, and any causal influence between them must take time to travel. The project will consider causation as it is implicitly and explicitly understood in contemporary physics to see if the largely classical vision of the world still applies or needs to be revised.

Biology
The notion of a gene has come to prominence in recent interpretations of causation in biology. A strong but nevertheless popular view of the causal role of genes is genetic determinism. On this understanding, having a gene for a certain trait is taken as guaranteeing the development of the trait, whether the gene is for freckles, Huntington’s disease, homosexuality or even violence. The Anjum and Mumford theory of causation potentially offers a more moderate account. Because a cause is understood as never necessitating its effect, the hard-line form of genetic determinism would be undermined. The possibility of interference is essential for understanding a natural causal process, as any effect can be counteracted, at least in principle.

If genes are understood dispositionally, therefore, they would dispose towards certain phenotypes without guaranteeing them. In addition, the theory allows for vast complexity and context sensitivity in causal processes, which means that the precise gene expression will be a result of all the causal powers at work, such as other parts of the genome and its environment. This suggests that even traits that are monogenic would be multifactorial.

This project will look for the key features of causation in molecular biology as well as its implications for practical matters of gene technology and gene ecology. Questions concerning reductionism, holism and emergence will be considered in detail. Biology is sometimes depicted as the new fundamental science from which higher-level theories can be derived concerning human psychology (evolutionary psychology), social behaviour (socio-biology), economy (evolutionary economics) and medicine (Darwinian medicine). Such reductionist programs typically seek to explain such phenomena from the biological, evolutionary and genetic level below, implying that the lower-level phenomena in some way both explain and determine the higher level phenomena.

Causal dispositionalism has no such commitment to reductionism as it allows that new powers can emerge on relatively higher levels of nature. At least in principle, we could have irreducibly biological, psychological, and even social powers. In light of this, the project will consider the tenability of reductionist research programmes and the prospects for a theoretically tenable emergentism.

There are a number of other issues that can be raised and tested within the social sciences. Dispositionalism takes entities to be constituted by what they are able to do and this seems to be a claim with particular relevance to sciences such as sociology, economy and law. Does the nature and identity of a social entity depend in whole or in part on what functions it is able to perform? Can this constitute the ‘real essence’ of such an entity? Finally, do the current causal models in the social sciences favour a powers-based ontology or a Humean one?

There are also central problems related to causation within the individual disciplines. In law, to take one concrete example, responsibility traditionally is closely linked to causation in the sense that one is only legally responsible for what one has caused. It may be, however, that this is too strong a requirement as many cases of responsibility concerns omissions, double prevention and “causation” by absence, none of which involves any actual causing.

The project will also consider the question of the possibility of scientific knowledge in the social sciences. This has sometimes been doubted, for instance on the ground that social sciences fail to produce strict laws. An implication of the causal dispositionalist view, however, is that no science produces completely strict laws that truly describe the world. Only in an artificial and limited model could we have laws that always applied but in the world itself we find complexity, extreme context-sensitivity and non-necessity of causation. In this respect, not only the social sciences will have limited possibilities for prediction, but also the natural sciences will only be able to make predictions within a model of theoretical abstraction.

Psychology
How do human acts relate to nature and other natural events? Do our thoughts and desires cause our actions or can they be best explained by processes in our brains? The issues of causation and reductionism have a clear bearing on psychology. In the first place, we need to consider the commonly held hypothesis that mental events are reducible to physical events. A form of emergentism is one where mental powers emerge at a higher level of nature than physical powers. David Chalmers has urged this very idea and this project will develop and test the hypothesis. Whether such an emergentist view would favour a form of dualism about body and mind should also be investigated.

The issue of mental causation is also one about which there is much discussion. How can mental states cause our behaviour? Is there any danger of overdetermination of effects, for instance, if there are physical processes that are also fully responsible for our behaviour? The dispositional ontology seems especially well-suited to the purposes of psychology because it allows that the minds of individuals are empowered. We need to clarify, however, what exactly this empowerment consists in. Are mental powers identical with physical powers? Are they a subset of them, as Sydney Shoemaker and Jessica Wilson argue? Are mental powers emergent or are they completely unrelated? Furthermore, we need to consider whether the answer to this issue has any bearing on the issue of free will. Mental causation, on this account, will be non-necessitating production of action but would that allows us any scope for libertarian conceptions of freedom?

The issue of the Self is also relevant, with research being developed on how, to be genuine, character traits must be integrated into the Self. Such integration would be what gives one ownership of one's actions instead of them being coerced or artificially stimulated, for instance. Finally, it has been claimed in a tradition that runs through Locke, Reid, Heidegger and some more recent philosophers that it is through agency that we are able to perceive causation. This claim needs a thorough investigation for, if it is true, it will go a considerable way towards meeting the empiricist challenge that resulted in Humean scepticism about real causation as anything more than regularity. 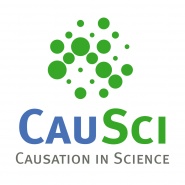