Trees have extraordinary powers that sometimes are understimated, and sometimes misunderstood. The link between trees and water is too important to ignore, professor Douglas Sheil writes.

Trees have extraordinary powers. They provide shade, cool the local climate, draw carbon dioxide from the air, and can repair and replicate themselves while running on little more than sunlight and rainwater (Pokorný 2018). They also contribute numerous goods and services like fruit, wood and soil improvement with a wide choice of species and varieties suitable for different needs and conditions. But such powers should be wielded with care.

On the 5th of July 2019 Science published an article by Jean-François Bastin and colleagues titled “The global tree restoration potential”. In it, they explain how, without displacing agriculture or settlements, there is enough space to expand the world’s tree cover by one-third or around one billion hectares. Such increased forest would eventually reduce atmospheric carbon by about a quarter. A lot could be said about this proposition, much of it supportive. But in a brief comment piece just published in Science, colleagues and I highlight some reservations along with some even bigger opportunities. We focus on water.

The idea that the protection and restoration of tree cover could improve the climate while providing other benefits is well established. Indeed, there have been numerous international programs based on this including REDD “Reducing Emissions from Deforestation and Degradation”, the Bonn Challenge, which seeks to reforest and restore degraded land, as well as various related programs.

So what is new here?

Well, what Bastin et al. have done is estimate the scale of this opportunity and the contribution that restoring tree cover could make. For example, they list such estimates country by country as a “scientific evaluation” with relation to restoration targets specified under the Bonn Challenge. Under these targets, and those specified by the New York Declaration on Forests, an impressive list of countries (59) have undertaken to end deforestation and to restore 350 million hectares of land by 2030. They note that several of these countries have committed to restoring an area that “exceeds the total area that is available for restoration”. They note how these results “reinforce the need for better country-level forest accounting”.

Yet there is a paradox lurking within these claims. The authors state that their estimates are not “future projections of potential forest extent”. So what are they?

In brief, their assessment represents an estimate of potential tree cover assuming current environmental conditions and no influence or modifications arising from the trees themselves. But large-scale changes in tree cover would modify these conditions.

Trees and forests influence the availability of water and water influences the degree to which a landscape can support trees. While current tree cover reflects current conditions, any assessment of the prospects for large-scale changes in tree cover must account for how these changes will influence those conditions. Potential tree cover should reflect the conditions that would exist with that tree cover.

This may seem esoteric, which may explain why it was not raised in the extensive media coverage, but these details matter. They matter a lot.

Access to adequate fresh water is a key development challenge and is central to the United Nations Sustainable Development Goals. Around half a billion people suffer insufficient fresh water year-round while many more face seasonal scarcity. Such shortages cause hardship and are widely believed to play an increasing role in the complex of issues that increase the likelihood of conflict and migration. With relatively fixed fresh water resources and a growing population, the global fresh water resources per person are declining.

As we highlight in our comment, trees influence the availability of water both locally and regionally. Neglecting these influences undermines the value of the estimates and renders them near meaningless. This affects both the technical aspects of the estimates—the variables used to predict tree cover would change, and more importantly, the wider implications for people and life on the planet.

Tree cover influences water availability through a range of processes and mechanisms. Only some of these are well understood. But we know enough to know there will be impacts.

Impacts can be negative. Where trees use a lot of water this can accentuate local water scarcity. There are many examples where dense plantations have caused a decline in local stream flows and depleted groundwater when compared to open lands. This is crucial, but far from being the whole story.

Impacts can also be positive. This has been shown by studies in Burkina Faso where landscapes with some tree cover captured several times more water than otherwise comparable tree-free landscapes. In this case, the costs of increased water use are more than compensated by the increased soil infiltration and moisture storage. Trees and forest also provide water vapour and condensation nuclei (the particles that promote cloud formation) that can contribute to rainfall elsewhere. Thus, it is clear that tree cover supports rainfall downwind—and many people depend on such rainfall.

The power of such recycling suggests that if tree cover in drylands can be expanded in the right manner, it can generate increased rainfall, thus opening the opportunity to increase regional moisture and land able to support trees and forests. In addition, an exciting new theory, the Biotic Pump, suggests that forest cover plays a fundamental role in generating the winds that carry moisture into continents. This theory conforms with observations in the Amazon region concerning how rainfall relates to changes in air pressure, and how forest derived moisture controls the monsoon. In effect, we could develop a system that waters itself and thereby regreens the world’s deserts. We could, for example, imagine returning a much wetter climate to the Sahel of Africa or to Western Australia.

So how can we avoid the negatives and promote the positives of increased tree cover? We don’t yet know the optimal way. Likely we may not even agree what “optimal” implies. My personal view is that, if we emphasise the protection, expansion and restoration of natural vegetation that can regenerate and maintain itself (rather than industrial plantations), the positives are generally more likely. The rationale is that nature has evolved effective systems for distributing and maintaining water. These are the systems that kept the world green and productive long before people got involved. (Such restoration is what Bastin and colleagues are suggesting, though much of the media attention discussed “tree planting” more generally as if this is equivalent—it isn’t).

But there are plenty of good reasons to promote tree cover even in productive landscapes and to identify how we might green large areas of our planet. The potential to bring more water into currently arid regions seems a real opportunity. We can also look for ways to ensure that plantations, where justified, are developed without wider environmental costs. Natural systems can provide both template and inspiration.

But it remains true that negative impacts can still result, especially as what may be optimal at a continental scale may not be ideal at more restricted scales, and patches of regenerating forest may deplete local water even if it boosts rain downwind. When tree cover does boost groundwater in arid regions there can be additional challenges if this raises salt within the soil profile.

Looking beyond water there is no shortage of additional concerns. For example, we need to ensure people benefit, we need to protect key grasslands and we need to ask why the tree cover was depleted in the first place.

Our point is that there will be wider impacts than those on atmospheric carbon alone. Many impacts are likely to be positive, increasing greenness, stabilising rainfall, and reducing biodiversity losses. But widespread tree planting can also cause harm, displacing people and biodiversity and contributing to water scarcity.

The power of trees is often underestimated—it is a transformative power with capacity to achieve great good and great harm. Please use it wisely.

Pokorný, Jan. 2018. 'What Can a Tree Do?' in Olivier Petitjean (ed.), Water as a Commons Climate, Land, Democracy (Passerelle Collection No 18) (Ritimo: Paris, France). 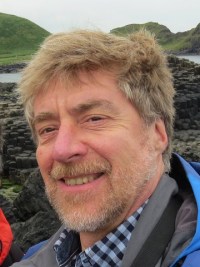 This text is part of an ongoing debate in Science: