New research shows that tree species that are not accustomed to forest fires are poorly adapted to future climate change.

A new international study from among others, NMBU, shows that bark thickness is related to the frequency of past forest fires. This knowledge can be used to predict which forests and savannas that will survive in a warmer climate where the number of forest fires is expected to increase.

Vulnerable ecosystems
The researchers wanted to find out how bark thickness varies abark varies between tree species across the globe. They also wanted to find out how fire affects bark thickness, and how climate change and fire will affect the global environment in the future.
– Because the link between fire and bark thickness of the bark is so strong, it is a good way to predict vulnerability to fire, says professor Douglas Sheil, one of the authors behind the study.
– Different forest types will show different vulnerabilities to fire. This will further determine how vulnerable ecosystems are to changes such as climate change.

Adapts to fire over time
The researchers found that trees growing on savannahs, where fires occur frequently, have three times thicker bark than trees in forests with thinner bark, for example trees in rain forests.
– Bark protects the trunk from overheating, said Professor Douglas Sheil, one of the authors of the study.
– It is an expression of how trees adapt to fire, and an evolutionary adaptation that has taken place for generations.

Strong and global link
Sheil and his colleagues have compared the 572 tree species in regions across the globe. Regardless of area, they found that the relationship between bark and fire was very strong.
– We have shown that bark is a trait dictated by fire, and we have shown that this is the case not only in a particular area or forest type, but across different types of woods, across regions and across continents.

More fires in the future
The results show that climate change may create conditions that endangered ecosystems can not tolerate.
For example, it occurs already now often droughts in some tropical forests.
– Drought leads to increased fire risk, says Sheil.
Species that are not well adapted to fire will be at risk. Climate change can thus expose already vulnerable ecosystems to risk factors that they are ill equipped to handle. 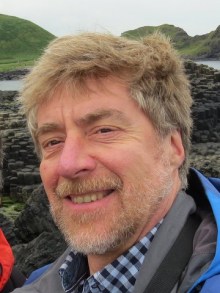